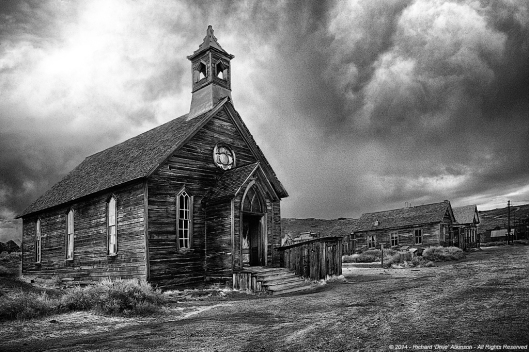 Church during a storm in Bodie.

Bodie is a ghost town that was founded by four prospectors in 1859. It was named for one of them who died during a blizzard the first year. A post office operated there from 1877 until 1942. It became a historical park in the early 1960’s.

The Methodist Church shown in the photograph above was built in 1882. It was one of only two churches in a town which supported between 60-70 saloons. The last regular church service was held in this church in 1932.

The banner photo of the old rusted out car used for this blog was also taken in Bodie.

You are also invited to visit my many other US National Park Galleries as well.

I traveled the Beartooth Highway some years back. However, the primary trip was to Yellowstone National Park and I stored these images away for a rainy day. Well the rainy day finally arrived.

Scenes along the Beartooth Highway – a National Scenic Byways All-American Road (US 212) between Red Lodge, Montana and Cooke City, Montana just northeast of Yellowstone National Park and north Cody, Wyoming. These were just posted to the Americana Gallery on my photography website. The scenes below show a fisherman hard at play trying to get his catch of the day as well as different plant life and landscapes.

These and other images of Americana can be seen on my website at Photographs by Dixie. These images can be found in the Americana Gallery. 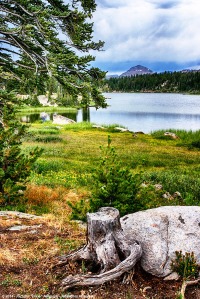